On Coming and Going 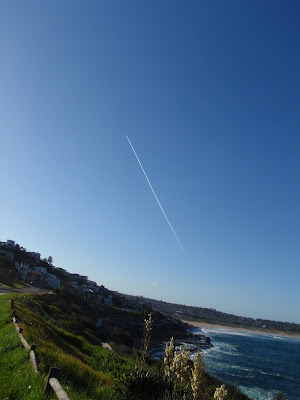 It’s eighteen months now, since I looked out over the beach, iridescent with early morning light, and saw helicopters suspended low in the sky, hovering.A drowning, I thought, then corrected myself, no, it must be a  spinal injury. I must have just missed it, for I was still wet and salty and just returned home.

Someone has gone over one of those muscular waves and it has crushed their bones, their little spiny bones and now they will be strapped to a board and flown off.

But I had been right in the first instance, it was a drowning to which the helicopters  had been summoned.

The helicopters buzzed motionless in the air.  It wasn’t my ocean that claimed somebody's breath, though.  No. It was the rain.

Rain in the shell-shaped paddling pool, into which baby Maia had fallen into, on her two year old legs. Down the back steps in a flash, to the little pool which had been empty the evening before, it was rain that filled her nose and mouth, and she, in those few seconds had been unable to lift her head free of the fallen sky. That puddle.

There was no more Maia playing in the rockpools, cupping sand in her small caramel-coloured hands. 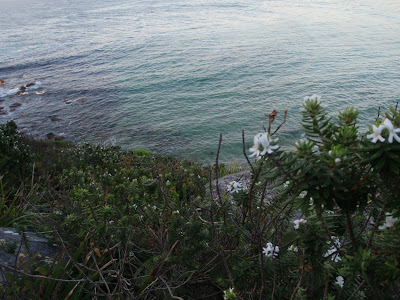 Next day, standing in my kitchen, talking with my mother,  the world fell silent as I stared at a newspaper page which had blown onto the floor, and I looked at the couple in the picture, upside down.

It seemed to be a picture of me at 20, with my long hair and yellow dress, leaning forward, smiling into the camera in that guileless way I had,  the two of us all luminous smiles. How had the papers gotten this? I wondered. It didn’t make an ounce of sense? As I stood staring, puzzling, my mother continued talking

Oh, did you think that was you and X? I had to look twice myself…look, it’s that couple that lost their little girl.

And when I turned the picture right way up I saw that it was not me, but Sammi and Carlo, Maia’s parents, not a ghost of myself at all. This disturbed me, it seemed to be a warning, a strange emissary from the past

look what never happened to you, see what you escaped from... 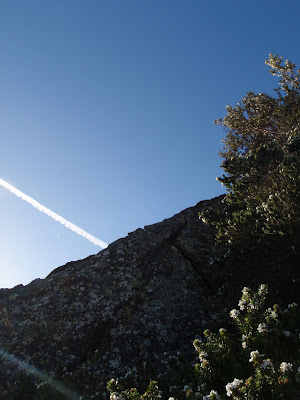 Carlos and Sammi went away for some time. They visited their families overseas. They travelled.

They set to the business of loving, evidently: next time I saw Sammi, some months later, she was holding her belly in two hands, and it was full of baby.

Sammi grew and grew, until she was as brown and round and shiny as a walnut. She sat on the sand in the morning light, watching Carlo in the waves.

Last week as I was passing Carlo burst from the sea like a flying fish, a dancing dervish:

Baby Kai swam right out of Sammi, and Carlo caught him.

Today I got to see the baby, as I was standing in the sun by the sea. His darling little feet, his dear head with a whirl on the back, the packetty bottom. The sound of the waves. The sea whispering,

How could you think such ill of me?

But i did not answer. before me was beautiful fish boy, a beautiful boy. Beneath the endless blue of a vast Autumn sky.

He lived in Trenton, New Jersey.

We spoke of the low whistle of trains passing in the distance: we both liked the sound, and that which it evoked. We spoke of Bob Dylan, and his description of the venom and bliss of the New Jersey night.

He spoke of the love he had for someone which could never be resolved. The love he had was so pure and unswerving that nany one of us would be privileged to have been the recipient of such a love. His small acts of  giving and caring were undertaken in such a spirit of unselfishness.

He loved his father so much. He loved how his father loved him too, he spoke of it often, with a sense of awe. He knew the power and beauty of such love.

He loved music, of all kinds.

He had a quirky sense of the absurd, and happily escalated the merest bit of nonsense into full-scale lunacy, which of course was fun: I too am guilty of lapses into complete stupidity at the smallest provocation. He downloaded a picture of me from my blog, and had it made into a t-shirt. So there in New Jersey, I was walking around on someones chest.

He emailed me long letters, talking about things, and yet in the face of all, he never sounded self pitying. He seemed to have been surprised, constantly, at the way the world was. At the way he was: lonely, locked away, so full of love.

He had a skin complaint which caused himself to hide away. It was painful , and made him believe he was repugnant to look at. But that’s the beauty of the internet: you can talk to people and it doesn’t matter of you look like a snake shedding its skin, or a fruzzy headed monster, or a bleary eyed old bag. In real life, I care not a jot what people look like, but in real life sometimes I don’t really feel like the scrutiny of others.  I’m sure he was the same.

There was a lot of pain, and recently, sadness and tiredness.

He passed away last Monday. He was 41 years old.

He must have finally boarded that midnight train, the one that had been calling him in the dark for so long now with its long, long faraway sound. I am trying to make sense of the way I feel, how I will miss a person that I never actually met, what it means to write this, to put this out there. Yes, I’ll miss him. I’ll miss him a lot. Bryan was my friend.

Wherever he is now, I hope he is swimming through the sky, and that it is at least forty seven different shades

of the most beautiful blue. 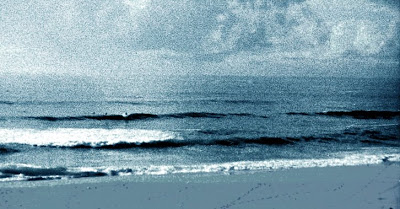 Beautifully written Fifi. I went to a funeral last year where the fellow had been a blogger the family took comfort from the well wishes and reflections of his "blog friends". Sometimes the connections we have on line can be quite deep because of rather in spite of the fact we have not met and there is a certain sence of anonimity we can be a bit more candid. take care x x

Thank you, Fifi, for that tribute to Bryan (and to the couple who lost their child, too).

I was thinking of trying to go to Bryan's funeral -- it's not that difficult to get to New Jersey for me, just a train ride away. But then I thought I just didn't want to be the first time I met him in person to be his funeral. It just didn't feel right. And I wasn't sure how his family would react anyway. I don't know.

But thank you for those words about him. In the many people I've met in my life, I've never met anyone who writes so evocatively and sublimely and poetically as you.

That was beautiful fifi. The post so totally resonated with me. Yes, that was the Bryan/Paul I knew. I echo regulus's last paragraph.

What a beautiful happy yet sad story. It is funny how life just keeps going on after such heartbreak!

I am sorry to hear about you friend. It sounds like he was a wonderful person.

Fifi, you tell such a beautful story, even in sadness. Thank you for reminding of the preciousness of life.

Oh Fifi, you are so lyrical but I can never tell what's real and what's not. Are those real stories? Well, the Bryan one is because I've just backtracked to him. So I suppose the Maia one is too, though I was hoping it wasn't.

Hmm. Yes, there are much worse things than my problems.

Isabelle, everything is true...

fifi I'm sorry about your friend Bryan. It sounds like he had such a beautiful heart.

The story about the baby lost, and the new baby born is so tragic and glorious all at once I can hardly bear it.

love to you fifi
XX

Fifi,
I am so sad for you. Grief is such a burden to bear even if it is for people whose touch on our lives has been fleeting. Bryan's life will have been enriched by knowing you - take comfort from that knowledge.
Alice

Beautiful heartfelt words. And what precious memories and bonds we create through friendships and love.

Again, Fifi, thank you for this entry. It was special to me.

Your wonderful words, mean so much, to so many different people. It is part of your gift, your wonderful gift.
XX

fifi, you are such a beautiful writer. i am so moved to read your words, to feel your story. noelle

such sad stories... sorry for not saying anything earlier. there are too many sad stories like this. thanks for writing them down though. x

So beautiful from you though.