North and South: Strange times in the Life of the Fish

So.
I become a salted fish head in a box,
all staring eyes and hard scales sticking out every which way,
fins hard and encrusted. Smelling like some rotten piece of flotsam,
of marine life too long in the air, a rank and briny stink. 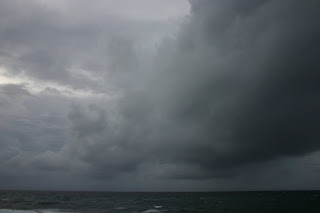 The winter has whipped the ocean into a frenzy, and the pool is boarded up.
Look at me, a salty fish head in a box. Nowhere to swim! Too much to do! I may as well be dead!
Too much going on in the world,  thinks the fish brain in its limited and smelly way.
Too much in the world!
The sea says nothing for quite some time, because it is occupied having the mother of all seizures,
always seems to be  mid-convulsion.
The fish, rolling out of its box, tosses to and fro at the edge of the howling sea, all staring eyes and stiff
fins, all clouded scales poking every way. The silver of its cheeks is worn dull, and it gathers a crusting
of sand, small barnacles, and the dried fronds of seaweed.
The sea, in a small moment between fits, reaches out a frilled and creamy wave, and rolls the stiff-finned creature swiftly into the deep. 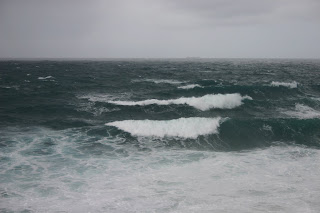 you had better wake up,
said the sea, as it worked its way into the cracks.

Things float vast distances in the ocean,
strange currents circle and pull.
The outgoing tide pulls you under, where the sunlight is a mere green whisper,
submerges you in shadows.
When the waves lift up at last, you get to see the view. Who knows where you will be?
I opened my eyes,
and was back in the city of water. 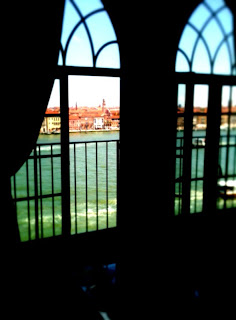 And so the tidal pull takes me back to Venice,
where the sun breaks into a million pieces and reflects onto the palazzo walls,
where a hundred boats make their ways this way and that, weaving webs upon the malachite waters,
here, look at this one: lights strung across the deck,
or that one, carrying a little crane,
or this one, bigger than every island of Venice put together... 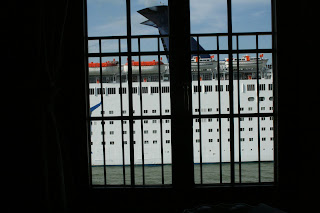 This fish from the south finds itself in the summer of the north,
in a summer hot and bright,
where the water is benign and silent,
and all around is colour: shifting with the fluid light. 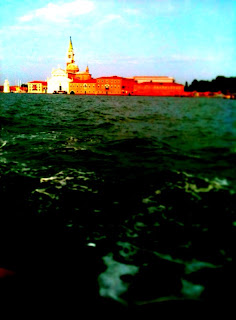 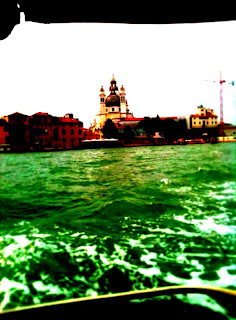 And the salty fish leaps into the air,
all silver and lithe,
and lives awhile in the city of water,
taking deep breaths,
and looking with great round fish eyes,
happy as can be. 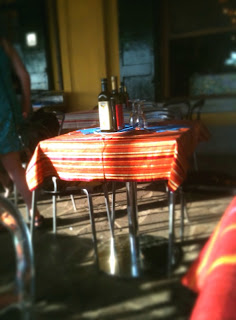 Am I dreaming? asks the fish.
No, no 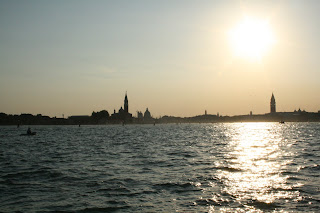